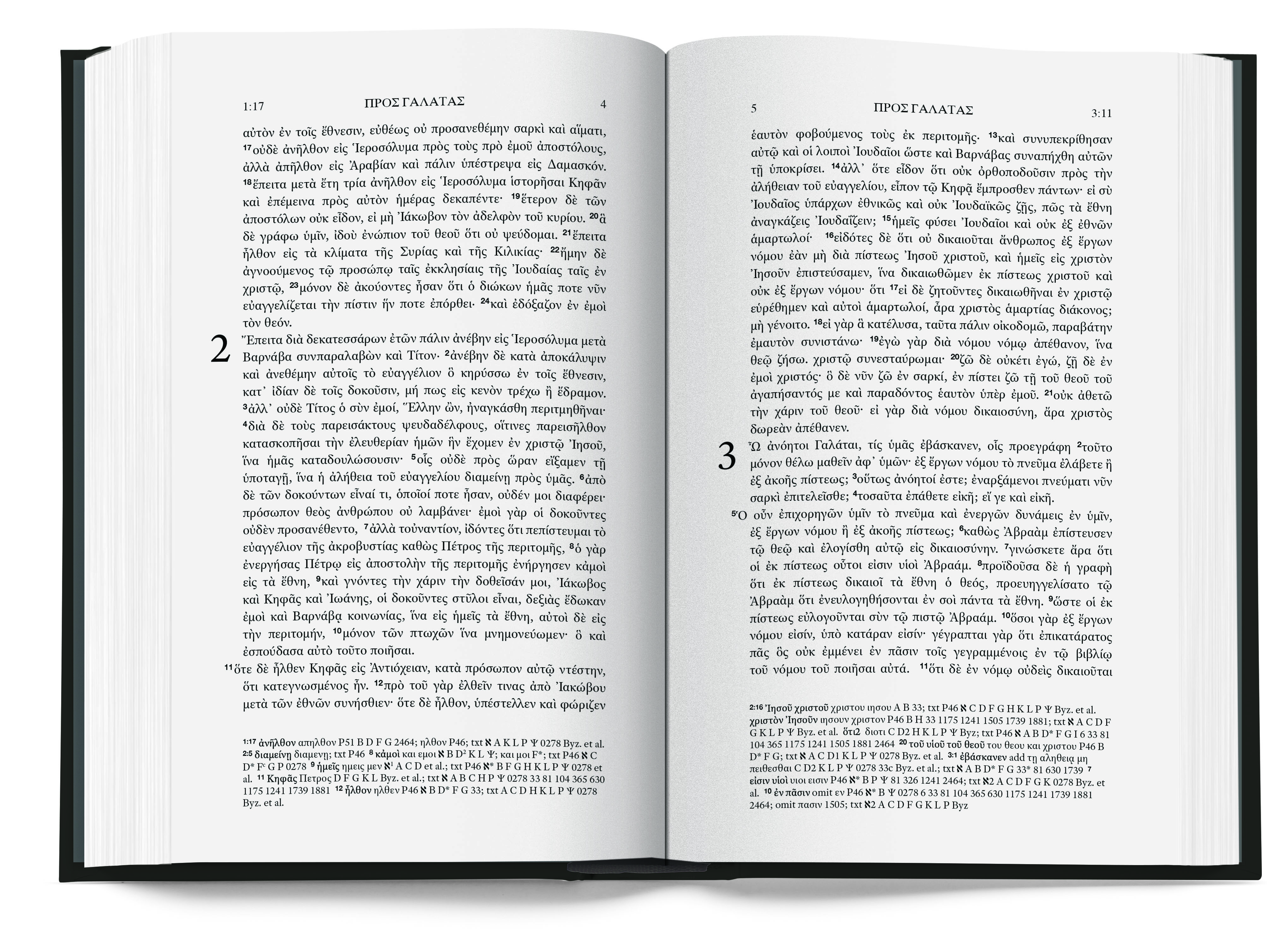 Today, we’re pleased to announce the publication of The Greek New Testament, Produced at Tyndale House, Cambridge—the result of years of research and created to serve the global church.Modern Christians are privileged to live in a day with many reliable English Bible translations. As Greg Gilbert notes in an article entitled “Why You Can Trust Your English Bible”:
[arve url=“https://vimeo.com/242297030″ /]

Even though we don’t have the Bible’s original pieces of paper, we can in fact be highly confident that we know what those original pieces of paper said. . . . The charge that we cannot know what the originals said is patently and utterly false. The gap between the originals and our earliest extant copies of them is—in the grand scheme of things—not that long at all. And far from diminishing our ability to identify what the originals said, the vast number of existing copies actually allows us to reason out deductively, to a very high degree of historical confidence, what John, Luke, Paul, and the other writers of the New Testament actually wrote.

And yet, there is still need for scholars who are committed to studying the ancient, biblical manuscripts that form the basis for modern translations.

The Greek New Testament, Produced at Tyndale House, Cambridge was created under the oversight of editors Dr. Dirk Jongkind (St. Edmund’s College, University of Cambridge) and Dr. Peter Williams (Tyndale House, Cambridge). Together with their team of scholars, they have taken a rigorously philological approach to reevaluating the manuscripts—reexamining spelling and paragraph decisions as well as allowing more recent discoveries related to scribal habits in the earliest manuscripts to inform editorial decisions.

(…) Learn more about The ESV Greek New Testament, Produced at Tyndale House, Cambridge at TheGreekNewTestament.com and download a sample of the Gospel of Mark.

One thought on “The Greek New Testament (Tyndale House)”

This website uses cookies to improve your experience while you navigate through the website. Out of these, the cookies that are categorized as necessary are stored on your browser as they are essential for the working of basic functionalities of the website. We also use third-party cookies that help us analyze and understand how you use this website. These cookies will be stored in your browser only with your consent. You also have the option to opt-out of these cookies. But opting out of some of these cookies may affect your browsing experience.
Necessary immer aktiv
Necessary cookies are absolutely essential for the website to function properly. This category only includes cookies that ensures basic functionalities and security features of the website. These cookies do not store any personal information.
Non-necessary
Any cookies that may not be particularly necessary for the website to function and is used specifically to collect user personal data via analytics, ads, other embedded contents are termed as non-necessary cookies. It is mandatory to procure user consent prior to running these cookies on your website.
SPEICHERN & AKZEPTIEREN